East Lyme Water Department A hydrant flow test will be conducted on the morning of Tuesday, January 28, 2020, which may cause temporary discolored water on Industrial Park Drive and Flanders Road. The discolored water is not a health threat. … Read more > 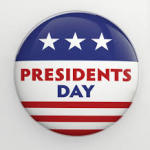 This list of delinquent tax bills will be updated once per month.

In accordance with the Connecticut Department of Energy & Environmental Protection General Permit for the Discharge of Stormwater from Small Municipal Separate Storm Sewer Systems (MS4 General Permit) Effective July 1, 2017, the Town of East Lyme has complied with… Read more >

On November 18, 2019, the East Lyme Public Trust held its annual meeting at which the present officers were re-elected. By unanimous vote the group voted in for another term: President-Jessica Todd, Vice-President-Ted Norris, Secretary- Ann Chekal, and Treasurer- Kathy… Read more >

The safety of the travelling public is very important to our Department. Winter is around the corner, so please help your Public Works Department by following the snow emergency tips and reminders listed below: • Snow removal operations are performed… Read more >